Think Outside The Box!

How To Use Open Innovation To Drive Ideas

Simply think bigger, and consider external influences: Open Innovation relies on know-how from outside and helps companies to develop further. Although many brands and companies are reluctant to release the view behind the scenes, the practice has proven that a lot can be gained with impulses from the outside. 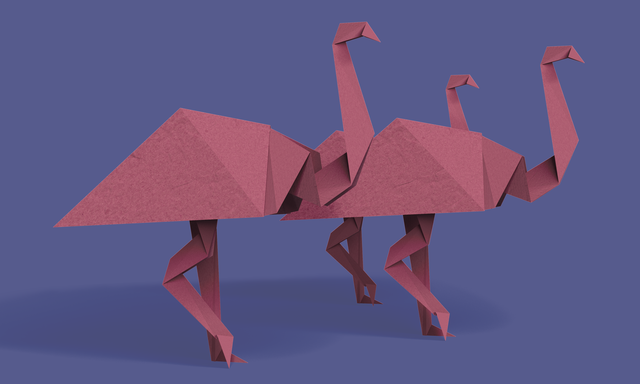 Time, pressure, and routines are not uncommon in daily business. What for many departments is not so much an obstacle as a challenge, leads to a standstill in product development or creative departments. Internal innovation management easily gets bogged down because ideas and new products cannot be forced.

Many companies believe in the method of open innovation to drive forward further or new developments in a way that is appropriate to the target group. Instead of researching behind closed doors for the perfect result, the target group itself is asked for ideas and support - openly and transparently.

What Is Open Innovation?

Open Innovation can be used when completely new approaches are sought or existing concepts are to be further developed. The most promising approach is to approach customers with a basic outline of service, products, or forward-looking innovations from the departments involved, such as graphics, design, or product development, and let the external influences flow into their work.

There are two ways to apply the Open Innovation method. Either the companies benefit from external knowledge (inbound) by designing a kind of query, or they disclose their knowledge and thus gain support and feedback from external people more quickly (outbound).

Incidentally, the founder of this method was the economist Henry Chesbrough, who shaped and first defined the term in the early 2000s. Since then, it has become increasingly popular, as the examples further down in the article show.

The biggest benefit of using open innovation is the change in perspective. Instead of following the rigid tunnel vision, at the end of which often lie missed opportunities, the focus shifts to new and unknown aspects. You bypass the well-known operational blindness and give developments a new kick. The knowledge you gain can have a lasting impact on your work and open up new markets, which can additionally increase target group reach and boost sales.

The goal-oriented acquisition of external expertise or exciting perspectives requires one thing above all: time and perseverance! Sure, you can ask your customers or buyers for opinions quickly and easily, but the response will be limited. Create incentives such as expense allowances, small prizes, giveaways, or even profit-sharing for inventors as a thank-you. A participation goodie already fuels motivation and increases the quota of people who want to participate in such a process.

Also, discuss with your legal department the possible pitfalls of copyright claims that can be asserted. The more precisely you define in advance what information is required and how open you make operational insights, the more successful open innovation projects will develop. Make only the most important and at the same time the least critical information publicly available to arouse the curiosity of the competition, but to take the air out of an idea theft right away.

Create Transparency About The Development Status

If you decide on a project with an open innovation component, focus on transparent communication with your target group. Customers and your community need to be informed about progress, which is best communicated through milestones. In addition, your press department will get enough input for positive reports to the trade press. Involve the community in the entire process via social media and provide exclusive insights that make your target group part of the company. Faces, people, and real needs create closeness and build trust.

To ensure that your campaign is a success and that helpful ideas land on your desk, it's worth taking a look at the following three best-practice examples from different industries. What unites them: the clear structuring of the campaign and formulation of the intention achieved the desired level of feedback.

Game manufacturer Lego was looking for new input for kits and sets. The community was able to submit their designs. If they could win more than 10,000 supporters, the design was implemented and 1% of the total sales went to the creative idea provider.

Frankfurt Airport took a classic approach. Those responsible were looking for proposals for a modern, future-oriented airport. From a golf course to a meditation room, any innovative input was possible. A prize of up to 7,000 euros was offered to the winner of the competition.

Filter manufacturer Hengst launched its ideas competition among students. The task was to develop the cabin air filter of the future. From the idea to the concept, the submissions had to be elaborated in such a way that implementation was theoretically possible. The winner was promised 1,000 euros in innovation prize money and support in founding a company.

The most exciting ideas are in the heads of your target group! With Open Innovation, you hold the key to getting valuable tips and advice. Your investment is only a well-considered campaign, from which you will profit in the long run and additionally bind your customers even closer to you.